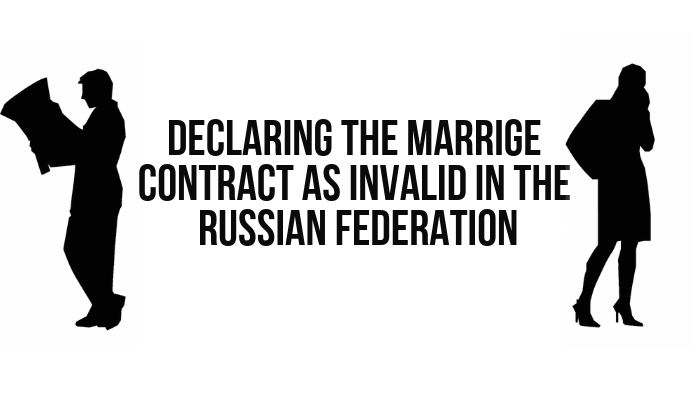 Will you receive all the property that was acquired in the marriage under the marriage contract? You are happy too early. Another spouse can recognize such a marriage contract invalid through a court. No, this does not mean that the husband and wife cannot agree on a possible division of their property in the event of a divorce. They can agree, but you need to act within the framework of the law and the established judicial practice.

I will give you a couple of examples.

None of the spouses should be in an unfavorable position under the marriage contract. In other words, you cannot deprive your spouse of all property, for example, in case of treason. You cannot leave a spouse poor because of the substantial disproportionate sharing of common property.

As a rule, such marriage contracts are concluded under the pressure of external circumstances. Imagine that the husband and wife have obtained loans. All loans were issued for the husband. And at one point the couple realized that they cannot pay their debts. In order not to lose everything acquired in marriage, the wife offered to conclude a marriage contract, according to which all property goes to her in the event of a divorce, so that nothing gets to the creditors. As a result, the couple experienced financial crisis in the family and paid debts. But immediately after that, the wife gives a divorce. This story for the husband ends well, as the treaty is recognized as bonded [‘bɔndɪd].

The marriage contract is also recognized as invalid if the person does not realize the significance of his actions. For example, the heir [ɛə] is the son of his deceased father. The son learns that his father before the death concluded a marriage

contract, according to which the whole hereditary [hɪ’redət(ə)rɪ ] mass departs to the wife of his deceased father. During the contracting period, the spouse was treated for a serious illness. He took medicines that could affect the ability to understand the meaning of his actions. It is this foundation that has made it possible to challenge the treaty.

There are other grounds for invalidating the marriage contract. Legislation and judicial [ʤu’dɪʃ(ə)l] practice in Russia on this score is very variable.

Thus, when you want to conclude a marriage contract, you need to be guided not only by your wishes, but also take into account the requirements of the law and the opinion of the courts.

We are always happy to provide legal support. If you have any questions, please contact us and we will offer you exits from any situation. Thank you for attention.

Frequently asked questions on Family Law to a lawyer in Russia