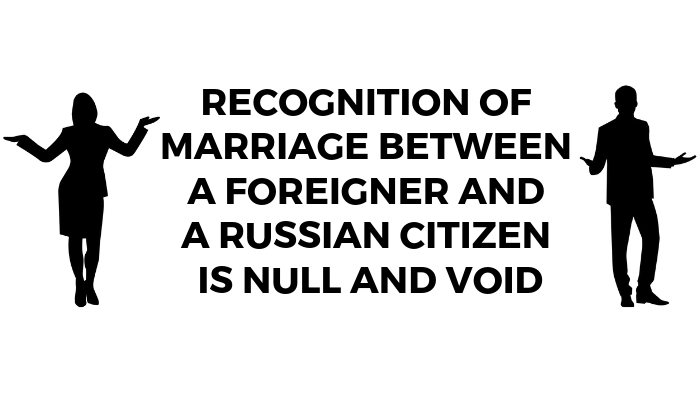 Do you know about the fact that it is not always profitable to dissolve a marriage? It is sometimes better to recognize the marriage as invalid. Can you conceive of divorcing, the legal relationship between the parties does not stop? Former spouses begin to share the property, evict each other from a flat, there are counter claims on a variety of issues and so forth. The situation is quite different if the marriage is declared invalid.

In fact, the legal term “invalid marriage” speaks for itself. An invalid marriage is a marriage that has no legal force. In other words, the marriage relations between the spouses did not exist, as it were. It follows that your ex-spouse will not be able to file any claims. From that very moment you are strangers to each other. 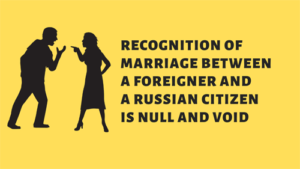 Recognizing the marriage as invalid, you kill two birds with one stone at a time. A former spouse will not be able to take away your property. You will not have to lead long litigation and spend money on lawyers. You get freedom, nothing connects you to your ex-spouse and you can live the way you want. If you are worried about the marriage contract that you made with your spouse, then there is no cause for concern either. The covenant of marriage is also recognized as invalid.

But there is one more important point to be mentioned. The residence permit or the obtained citizenship on the basis of an invalid marriage can be annulled with all the ensuing consequences for the other spouse.

Do you want to know more information? Write to me, I will be happy to help you with solving your issue.

Four reasons to get a divorce in Russia

The first thing that comes to mind is the time of case consideration in court.…

Mediation of the Parties

A Couple's Property in Russia After a marriage registration, the spouses acquire property either from…