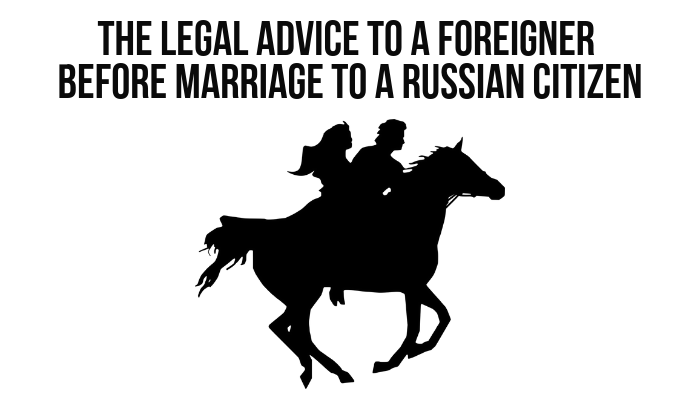 Two Sides of the Same Coin

Let me draw an analogy. If a sailor is going to the sea, he must know what he takes with him and he definitely needs a map. If a Russian citizen and a citizen of another country are marrying, the latter may not know about his/her real rights and responsibilities, especially if the marriage was registered in Russia and/or the spouses live in Russia. However, if they reside in another country (not in Russia), the different nationality of the spouses can play a cruel joke with them.

A few Examples from Life

The Main Goal of the Legal Advice

Again, all the above is only a part of the examples from the actual practice. My job as a lawyer is to clarify the rights and obligations to my client so that he/she knows what to pay attention to and what to be beware of; and of course, to offer a concrete decision on the legal issue, if needed. Together with the client, we create a plan of action to achieve the desired result.

In the end, our client receives a written legal opinion with the specific proposals for his/her legal matter. An example of such opinion is available on our website.

What mistakes do foreigners make when working with Russian lawyers

Foreign citizens come to Russia every year. Foreigners constantly cooperate with Russian citizens. They get…

There are several ways to protect rights in Russia. One of them is to go…